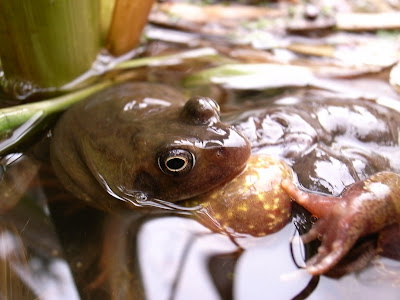 Had a chance to pop over the cemetery for half an hour earlier in the week. The Common Frogs in the small pool are now well and truly consumed by lust and there were a couple of mating balls of randy amphibians, plus at least half a dozen lumps of spawn. Other highlight was a Rosary Cemetery mammal tick in the form a of Fox, apparently a two were also seen last week by some folk from the office.
Posted by Bullofthe Bog at 08:56