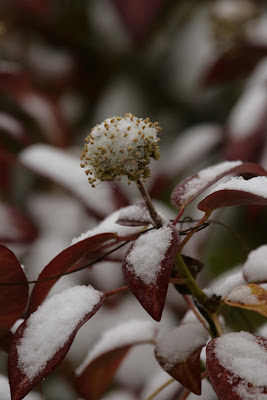 Ivy flower and leaves covered in snow at Titchwell. 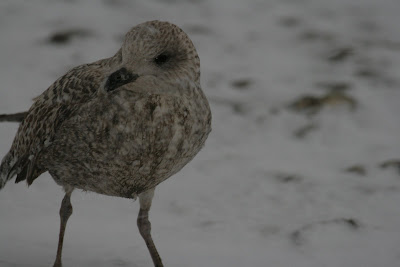 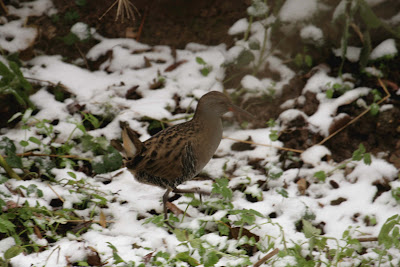 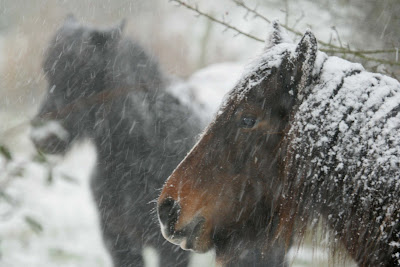 Couple of rather stoic and pony's Burnham Norham Norton. 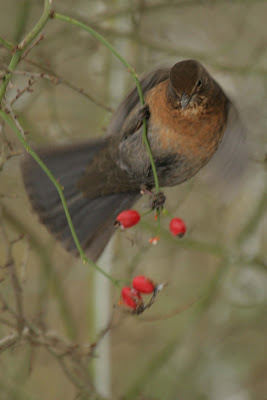 Female Blackbird after berry's, Titchwell car park.
It started snowing in Hunstanton first thing this morning and continued on and off until lunchtime. By this evening the temperature had risen from -1 to 4 degrees and the snow melted away.
For much of the morning I was confined to the car as the snow was being blown hard and horizontally. This was OK at Brancaster Staithe where I was able to use the car as a hide. By the time I got to Titchwell it had stopped snowing and I was able to go for a walk around the Fen Trail and down as far as Island hide. Highlight of this walk was a Bittern flying over the marsh to the west of the west bank path and a couple of Water Rails in the ditch by the side of the path one of which is shown here.